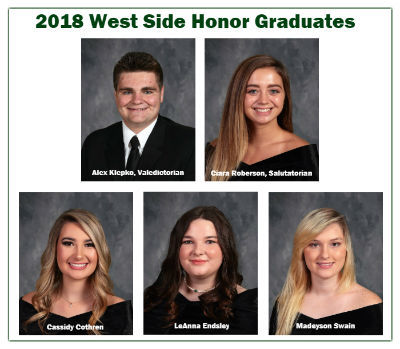 Mr. Klepko, son of John and Amber McIntosh of Shirley and Brian Klepko of Memphis, has a 4.07 GPA. He took took Advanced Placement courses that enhanced his GPA, and he also earned concurrent high school and college credit. He plans to attend College of the Ozarks of Point Lookout, Mo.

Honor Graduates must earn a minimum 3.5 GPA and take either AP or college coursework; the top two are recognized as Valedictorian and Salutatorian.

Remaining Honor Graduates in the class are: