This search form uses an instant search feature. As you type, search results will appear automatically below the search field. When you've entered you desired search terms use tab to navigate through the available results and hit enter to open the selected page or document.
Klepko and Roberson Invited to Governor's Mansion
West Side Staff
Tuesday, May 01, 2018 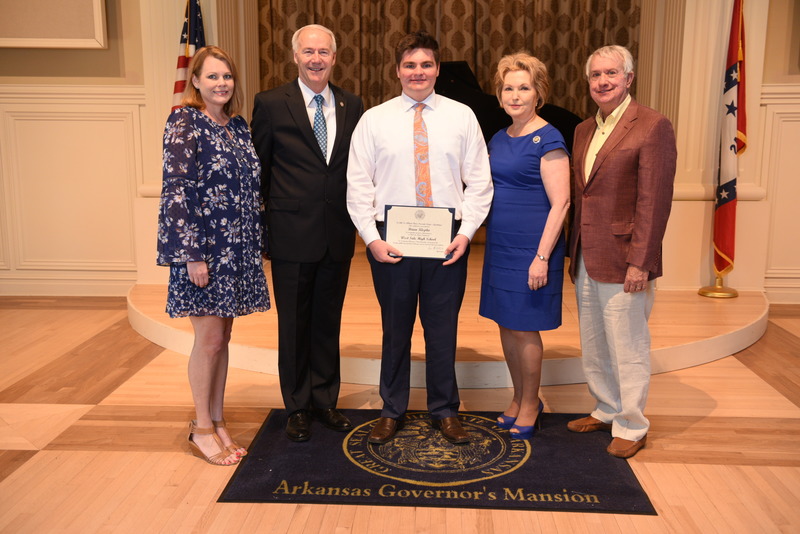 Alex Klepko (center) and his parents, John and Amber McIntosh, with Gov. Asa and Susan Hutchinson. 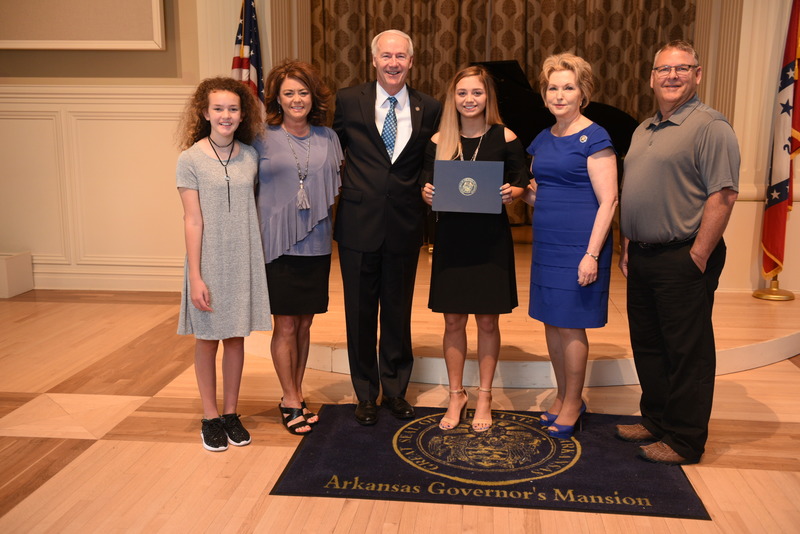 Ciara Roberson (center) and her sister Siena along with her parents, Charles and Tammy Roberson, with Gov. Asa and Susan Hutchinson.