This search form uses an instant search feature. As you type, search results will appear automatically below the search field. When you've entered you desired search terms use tab to navigate through the available results and hit enter to open the selected page or document.
State Titles for WSHS Welders
West Side Staff
Thursday, April 12, 2018

Four welders are bringing back state titles in SkillsUSA welding and will advance to national competition later this summer.

Cottrell and the Metal Fab team will advance to Louisville, Ky., June 25-29 for the National Skills Leadership Conference.

The entire team of welders representing West Side, which included Barrett Smith and Caleb Rose, have been working for two months during and after school hours with welding instructor Randy Carr to prepare for state competition. 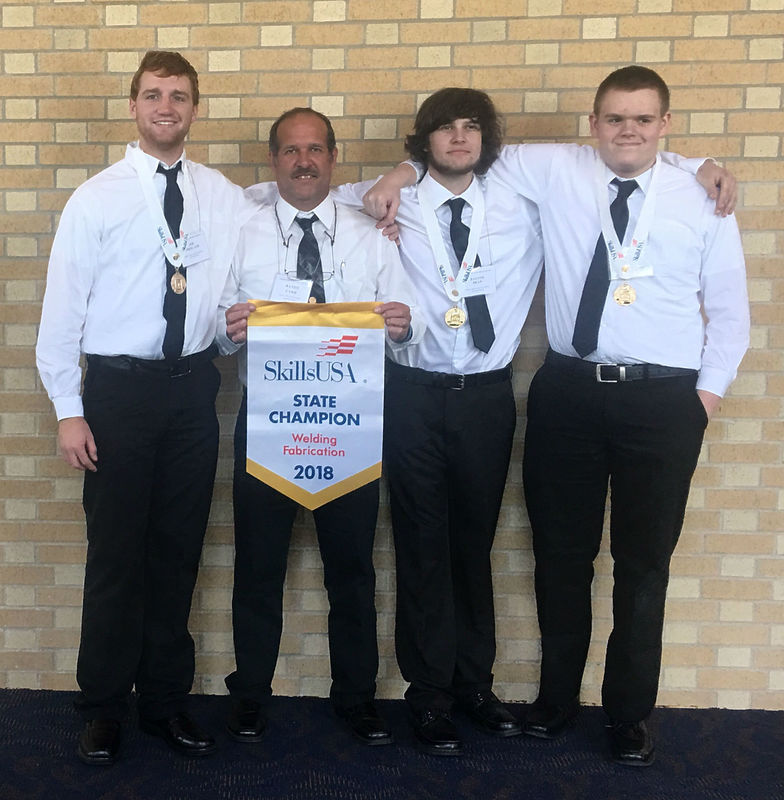 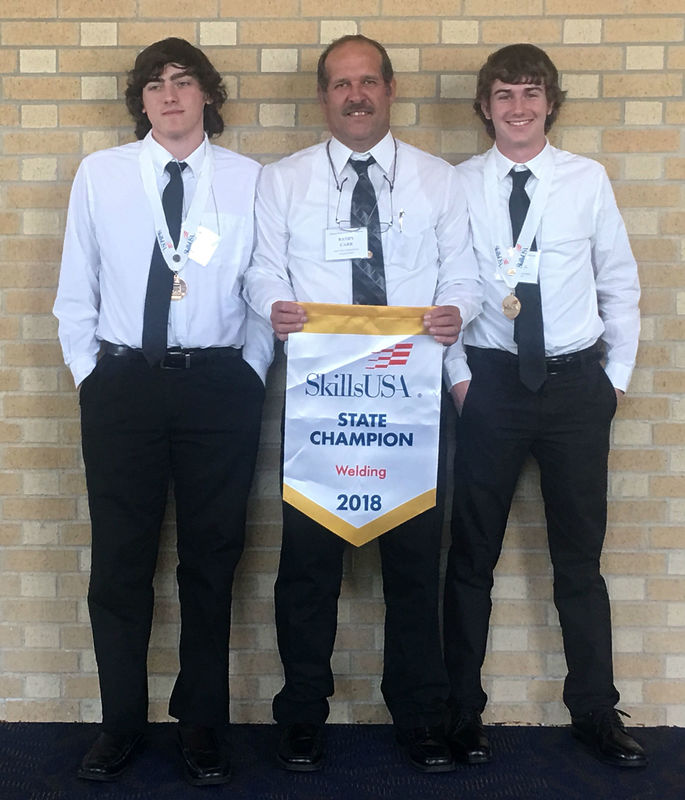