This search form uses an instant search feature. As you type, search results will appear automatically below the search field. When you've entered you desired search terms use tab to navigate through the available results and hit enter to open the selected page or document.
Results tonight’s tennis match
West Side Staff
Thursday, September 07, 2017

The West Side Eagles faced off against the Bergman  Panthers and the Shirley Blue Devils in a tennis match held today at Fairfield Bay.

West Side's No. 2 boys doubles team Braden Magness and Matthew Keaton lost 0-6 to Bergman's Stage and Mahler. Then beat Shirley's No. 1 Johnson and Littell 6-2 in their second match of the evening.  West Side's third boys doubles teams comprised of first year tennis players Tanner Fife and Jared Cothren put their chemistry to work for them beating Bergman's No. 3 team Fultz and Good 6-4.

There were no girls singles games played for West Side on the afternoon as the Eagle's Madison Bailey and Haley Gentry teamed up to compete in girls doubles play. In their only scored match of the evening, the girls bested Bergman's Baker and Rogers 6-0. The two girls are proving to be quite the competitive tennis players in girls doubles play.

Also in girls doubles play, second year tennis players Alissa Allen and Kamren Johnson had their state tournament experience put to the test against Bergman's Honeycutt and Rogers, inevitably losing 0-6 to the panthers. Allen and Johnson played Wdgar and Vanlear 2-6 in their second match.

Alex Southerland and Cassidy lost 0-6 to Bergman to finish off the day in girls doubles play.

The tennis team will play their next match on Friday, September 15, at Fairfield Bay. 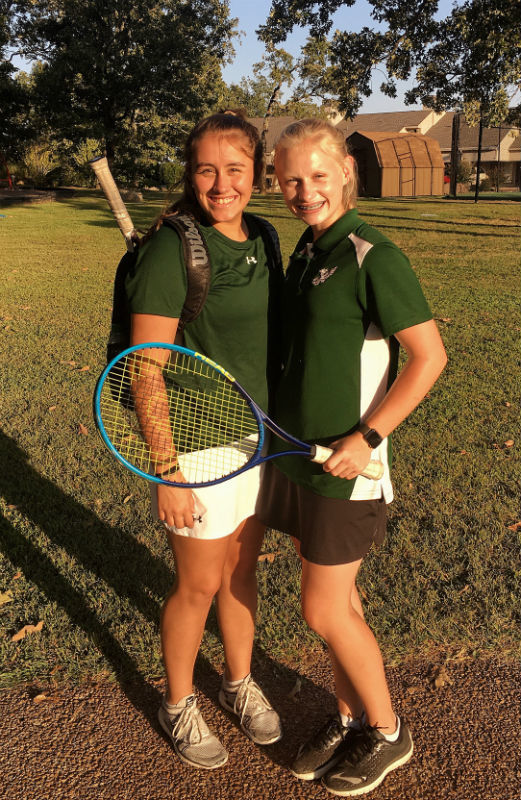