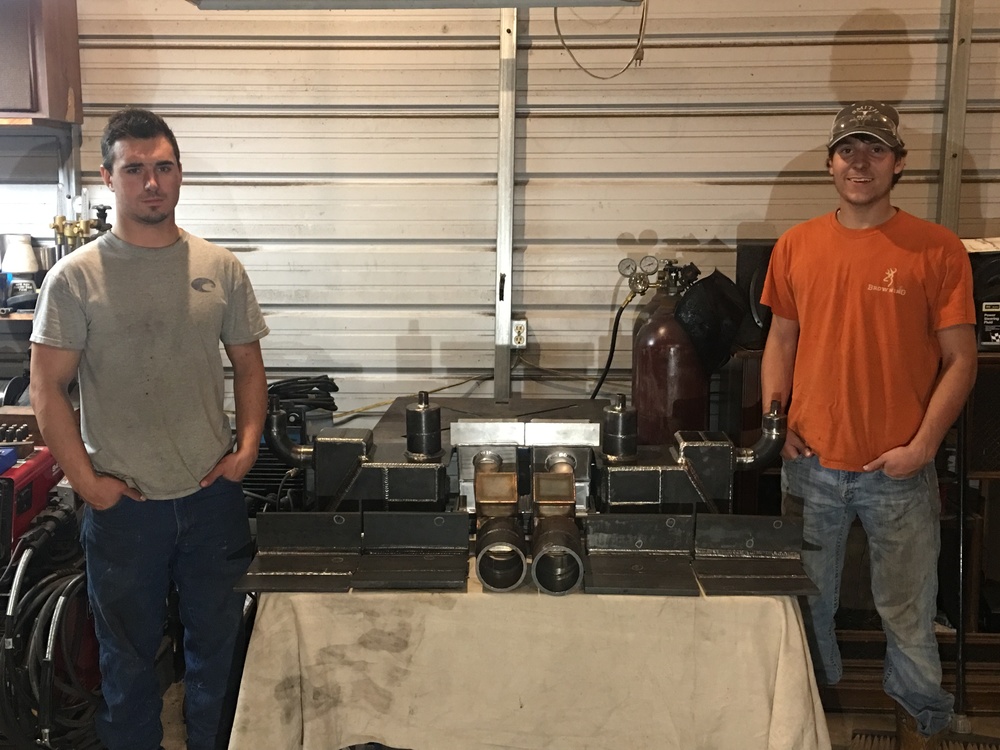 Pictured: Jacob Miller (left) and Blaine Hipp with final projects before they were shipped for judging in Round 2.

The two have been competing against Chandler Vincent of Utah, who finished first in the U.S. finals of the American Welding Society’s competition in Huntsville, Ala., this week. They three elite U.S. welders began months ago in pre-trial SkillsUSA competition against some 60 other competitors, many of whom were state champions in the United States. Their metal projects, formed using electrical and gas-electrical techniques, joined pipe and plate segments and to create large and small pressure vessels.

This is the second consecutive year for Miller to reach Round 3 with the nation’s two other top welders. Remarkably, West Side had a second competitor demonstrate welding skills of the highest level in Hipp. Both are also students at Arkansas State University in Heber Springs.

Randy Carr, a West Side and ASU welding instructor, has worked closely with the two for years and who has logged hundreds of hours with them preparing for SkillsUSA and WorldSkills.

“Well, we were hoping to be one and two, but we know God has a plan and this was part of it,” Carr said. “Thanks to all that watched [the live Facebook broadcast] and God bless!"